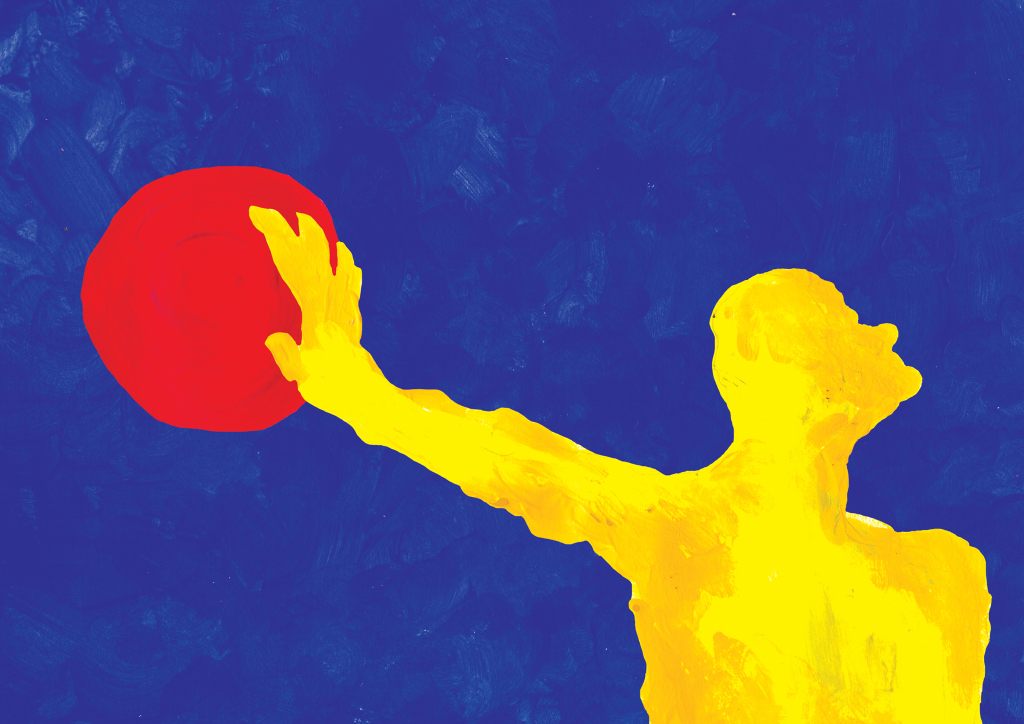 The Mars in Hindu Mythology
Daksha, the king of entire earth once organized the greatest yagna and invited all gods, demigods, sages, and other famous personalities. He however did not invite Lord Shiva, his own son-in-law. When Sati, Lord Shiva’s wife heard about this yagna she left to attend it inspite her husband’s objections, but when she arrived there her father Daksha insulted Shiva. This was unbearable for Sati and she gave up her life.

On hearing the events that had taken place at Daksha’s yagna, Lord Shiva’s wrath reached its boiling point and in rage he pulled a hair from his matted locks and threw it on the ground and it became a fiery being of unequal strength with many heads and eyes, and thousands arms and legs. His mare sight was enough to strike unparallel fear in strongest of hearts. Lord Shiva named him Virabhadra and commanded him to destroy Daksha and his yagna and anyone who tries to stop him.

Virabhadra with Shiva’s army of spirits and goblins reached the venue of the yagna and seeing him and his army all started to run in different directions to save themselves. Virabhadra destroyed Daksha’s sacrifice, and then killed Daksha. Virabhadra returned to Shiva who was extremely pleased with him, and granted him a permanent place in the heavens as a planet and named him Angaraka (Mars), the fiercest of planets. As Lord Shiva directly produced Mars or Angaraka’s, he is naturally referred as son of Lord Shiva just like his other son Karttikeya and it is said that those afflicted by Mars should worship Karttikeya.

Body parts, function and diseases governed Mars
Mars is associated with our physical and energy levels It is the natural significator of muscles, without Mars one cannot move a muscle and it is the energizer and stimulator of all aspects of our bodies. In terms of body parts and health problems Mars signifies head and reproductive organs due to its ownership of Aries and Scorpio, the natural first and eight houses of the zodiac. It governs muscular system, adrenal and prostate gland, blood – specifically red blood cells and thus signifies any disease related to blood disorders, such as anemia, blood poisoning etc. Any type of blows, cuts, accident, wounds and surgery are signified by Mars. Headaches including migraine headaches, brain fevers and any type of inflammation, high fever and rapid temperature increases are also governed by Mars. As Mars also rules over the reproductive system it governs most diseases related to them like hemorrhoids, piles, diseases of the reproductive system, bladder, and venereal diseases. If Mars is well placed and aspected then one can quickly bounce back from sickness and have good recuperating powers and stamina.

Find more about your health and visit astrohelp.co.in